Isalo National Park is known for its stunning geology, and visitors can also see some scarce animals in its expansive open landscapes.

About 14 nocturnal animals, from mouse lemurs to sports lemurs and woolly lemurs, can be seen on a careful night stroll.

Birders won’t list as many species as they might in the eastern rain forests, but here, there are some star characters, with 80 species, including many endangered ones.

Some bizarre reptiles, and some endangered frogs, are also located here.

Botanists can examine the large locally native aloe species and the pachypodium of the unusual elephant foot trees.

Isalo is sacred to the Bara tribe, who had been using the park as burial grounds for hundreds of years.

The ‘Canyon des Singes’ is a famous trail that winds through the woods’ dense vegetation and brilliant rock formations to a breathtaking azure rock pool known as ‘piscine naturelle.’

You can pay admission fees, book accommodation, and recruit guides and porters at the park office in the nearby village of Ranohira.

Ranohira is the entry point to Isalo National Park, and Toliara (150 miles to the southwest) and Fianarantsoa (170 miles to the northwest) are the major towns.

The RN7 is the country’s most extensive and best-managed road that allows easy access to all three settlements. The Park along the RN7 is a 15-hour drive from the Madagascan capital Antananarivo.

Take a ride and stop at Madagascar’s other highlights, such as Ranomafana National Park and Antsirabe, the former colonial region.

Get away from the heat by having to dip in a natural pool or visit the sacred tombs of the Bara tribe inhabiting the region.

A favorite trail is the Piscine Naturelle, a limpid swimming pool flanked by ancient pandanus trees and fed by a crystalline waterhole.

Conveniently merged with a visit to the Canyon des Singes.

You’ll get a chance to explore the color ranges of the park and the woodland populated by lemur and sifaka species.

The Namaz and the Cascades des Nymphes trails also lead you to spectacular natural swimming pools.

In contrast, the Canyon des Maki’s road mixes ecological wonders with the Bara people’s cultural heritage. Choose this path, and you will find yourself in an ancient royal village complete with the remains of a palace wall, royal baths, and burial grounds.

The Portuguese Cave path is the perfect way to immerse yourself in the Jurassic ecosystem of Isalo for experienced climbers with plenty of stamina and high fitness standards.

It takes you to and from the cave in the far north of the park, a four-day trek through the Sahanafa Forest, with its abundant flora and fauna.

Isalo National Park is better known for its landscape than its wildlife, but that doesn’t mean there aren’t enough fascinating species to watch out for.

A few examples of wildlife in the park include the fossa and two tenrec species, and two civet species.

The park’s protected forests offer a refuge for no less than 14 species of lemurs, ranging from the endangered sifaka of Verreaux to the ring-tailed lemu.

You will have an opportunity to see nocturnal animals like the endangered Coquerel ‘s giant mouse, lemur, and the red-tailed sports lemur if you want to stay overnight.

Isalo national park is also renowned for its reptiles and amphibians, with top spots like the endangered bright-eyed white-lipped frog, the exotic Madagascar boa, and the Malagasy rainbow frog.

Eighty-one bird species, of which 27 are endemic to Madagascar, have been reported at Isalo.

In birding circles, the park is incredibly famous as one of the best locations to see the endemic thrush of rock from Benson.

The plant-life of Isalo is similarly peculiar. Botanists may search for specialties such as the elephant’s foot plant and the Aloe isaloensis, which derives its scientific name from the park’s naming and formation.

The Masalo trail is the most used track when it comes to hiking through the park. The trail passes through the southern part

The Namaza circuit route is not for the faint-hearted, but the experience is worth it. Along the way, you will be able to view the numerous canyons and caves found here.

The piscine naturelle is often undertaken on foot and is one of the best hiking treks imaginable. The trail leads through the park section, where you will be able to see the park’s awe-inspiring waterfall, numerous caves, and canyon.

The canyon des singes are more popular than the piscine naturelle and can be translated as monkeys’ canyon because it has a densely packed forest. You’ll require a guide to navigate the woods, and as the name suggests here, you will find different endangered species of lemur monkey.

One night is a perfect way to see the park in its rustic glory — especially as ring-tailed and sifaka lemurs frequently visit the campsite.

There are some decent hotels along the south side of the park if you don’t prefer camping. Le Jardin du Prince, Relais de la Queen, and Isalo Rock Lodge are among the finest.

There are two very similar services, with bungalows in stone set between green terrain and several amenities, including Madagascar’s a restaurant and a spa in Malagasy.

Both provide horse riding and Ferrata excursions throughout the national park.

If you’re hiking in Isalo for a few days, you can employ porters and guides at one of the park’s two campsites, which has simple amenities, including a BBQ area and rustic bathrooms.

This lodge is located outside the village and has a restaurant and outdoor pool.  You can rent beautiful rooms and even bikes here.

Because Madagascar is isolated from the African continent, it has many species, including several lemur forms that cannot be found elsewhere.

There are many large hiking areas within Isalo National Park for tourists and one of the world’s most frequented regions.

Tourists can enjoy short walks of only one hour or two – or longer guided excursions for several days.

The brownish Mantidactylus and Scaphiophyyne Gottlieb can be found in the park. Both species are also regionally endemic.

The white-throated horse, Benson’s rock thrush, kestrel, wagtail, and coucal are some of the bird species present in Isalo National Park.

The Piscine, the Canyon des Singes, and the Namaza Circuit are among the Isalo National Park’s popular routes.

You can visit the park either by car or foot.

The park has cascades, canyons, and outdoor swimming pools to experience a swim and rest during explorations.

The Jurassic type of theme landscapes will reward hikers here with the opportunities to experience relish nature at its best.

The climate is favorable throughout the year, making it enticing to visit without the need to worry about being caught by the rain while you’re hiking.

Having to see some of the endemic animals and the hiking trails at Isalo is an experience that worth every penny.

Get the opportunity to see the suns’ rays pass through what can be called as the ‘Isalo window.’ I bet this will be an experience that will be etched in your memory for quite a while.

The numerous hiking trails in the park are a sure way to ensure that you will get the time to be drawn away from the hustle and bustle of daily life.

Get the opportunity to interact with nature as you navigate your way in the park. 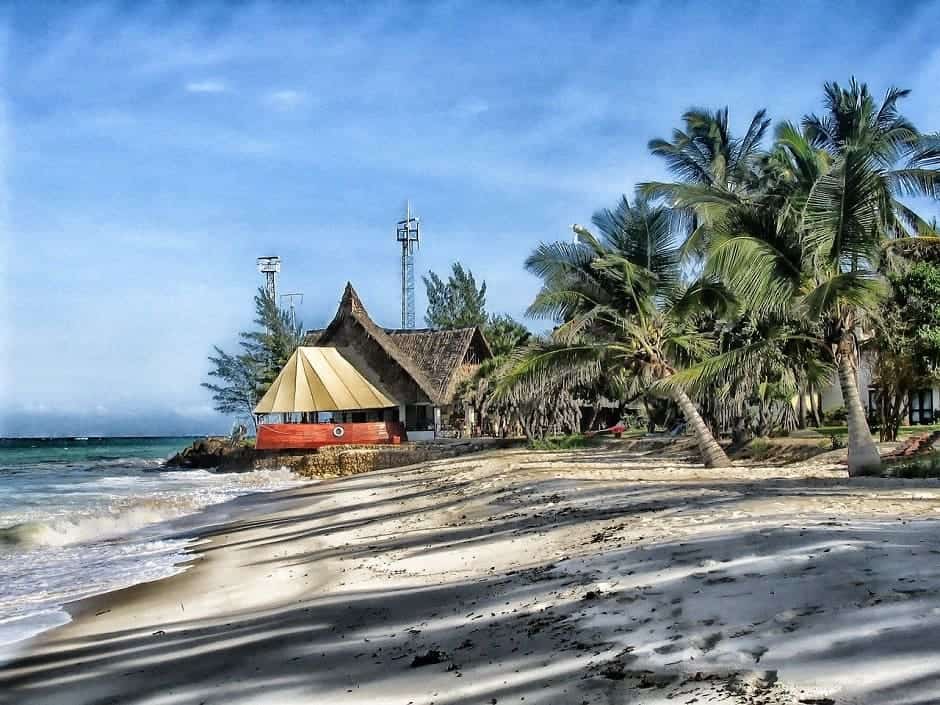 A Kenya honeymoon itinerary promises a rare extension to your Honeymoon. Such activities include an intimate private bush dinner in Masai Mara, lovers’ picnic in the forest, balloon trips, strolls on white beaches, and snorkeling in the Indian Ocean’s deep waters. The list is infinite. Honeymoon safaris are fun-filled and…